In The Black Heart of Camden - Bella Loka 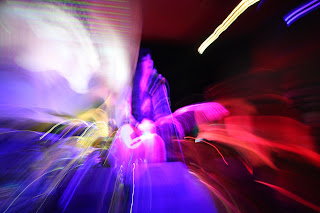 It's been a while since I last saw Tea and David Boothby performing as The New Root, and a lot of water has gone under the bridge since then.  They moved to Camden and left the old Bristol band behind them.   Last night I schlepped up to the The Black Heart in Camden in order to see their new outfit - Bella Loka - playing live.  I'll admit I was a bit apprehensive as The New Root were one of my very favourite combos and their live gig at The Bull & Gate was one of my all time favourite gigs.  So what would this new pared down version, basically a duo plus backing tape, match up to the supreme sound of The New Root?

Well I need not have worried myself, from the opening notes of Alive I was in music heaven.  Bella Loka are one of those acts who just can't put a foot wrong in my book.  The music is tight and visceral, strains of Radiohead and Talking Heads fronted by angular guitar lines and Kate Bush-esque vocals.  This new outfit has grown an on-the-money drummer and well conceived and impressive video backdrops in front of which to play.  When the images from the projections match the shapes of the actors in front of them it's a truly wonderful experience.

Bella Loka's music aches to be launched into larger spaces, they are a stadium band pushing at the black walls of this small venue.  Of all their tunes it's the very last track, a wonderfully re-worked New Root classic - Breathe Slow that most demands to be released.  It's angular, edgy and in-yer-face to the point of almost knocking you off your feet.  Its a kind of soul music on steroids, a truly 21st century rock music that lacks for nothing in power and noise.

My own favourite tracks came early on: Well Done and Rise Up are cracking power pop tunes, but in a way it was the whole effect from note one to note the last that made this gig so impressive.  I could happily have listened (and watched) another hour or more and not been tired.  Like a much loved album, when the needle gets to the end of the groove you just want to pick it up and put it back at the start... again and again and again.

Could they have improved anything?  Well I wouldn't mind seeing David in something other than a black tee-shirt, but you can't really go wrong in a venue like this.  On bigger stages he'll need to find a way to be seen, but that's for another day.  For now the only thing that would have made this truly perfect for me would have been a Bella Loka reworking of American Tale, but that's just picking at nits.

After their set I stuck around to watch a little of the next band.  Sure they were loud, and tight and the tunes weren't unpleasant (the lead singer had a very tight cat suit, so that's not bad either) - but they just didn't have what Bella Loka had in spades, and that's soul.  Or Mojo if you like, their songs really are about something.  There is a depth and emotion that you can't fake, and that works just fine for me - every time. 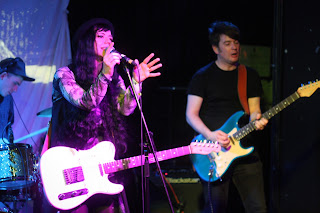 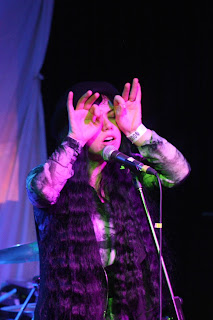 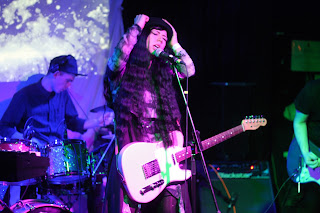 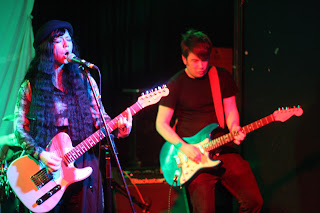