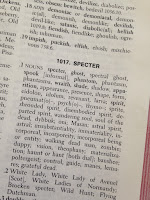 The second of the New Albion short stories, concerns the introduction (and perhaps curtain call) of the enigmatic Tobias Fitch.  Mercenary and trouble-shooter, perhaps he has finally met his match in this spooky and haunting tale.  Take a read of the first couple of paragraphs and then take a look here to see how you get get hold of a copy of this story and the others in the series.

The imposing bulk of Tobias Fitch filled the doorway of the very last coach of the TTCE as it puffed, wheezed and clanked to a halt at Fin Du Monde station.  He hesitated for just a heartbeat or two scanning the near deserted platform, allowing his senses to read any signs of danger before his body was even fully awake.  It had been a long and restless journey, but at least it hadn’t been the route that had caused him a sleepless night.  The TTCE (Tri Transcontinental Express) was a brutally simple idea; three parallel tracks with three state-of-the-art rocket assisted Sky Legend class locomotives harnessed together like a modernist’s team of horses.  Between them they pull a single line of armoured sleeper cars, the power to weight ratio ensuring fast acceleration and constant, seemingly effortless power.  The only drawback being that bends are not exactly on the cards for this particular three-headed iron dragon.  So the TTCE line (the only one there is) ploughs a relentlessly straight triple furrow from one side of the continent to the other, equally disdainful of border, personal property or natural obstacle.  Pretty much how Fitch himself liked to operate.  His only regret on this cold, grey, blustery morning was that the tri-tracked train couldn’t deliver him and his precious cargo squarely into the bustling heart of the old metropolis.

Gratified that platform 13 seemed to hold no immediate threats to his aching body, Fitch wrapped his floor length leather coat around him, and put a booted foot firmly onto the narrow brick strip.  In his left hand he held a somewhat battered, but extremely robust looking attaché case, his grip was firm and he held it close whilst still viewing the vicinity with caution.  The tight hold however, was somewhat superfluous as the case in question was in fact fastened to his wrist by means of a heavy chain and brass handcuff.  So precious, so vital to national security were its contents that he could not allow himself to be separated from it under any circumstances: casual, accidental or violent.  His right hand hovered constantly in the opening of his coat near his hips, where a brace of custom-made, silver-plated pistols hung in quick draw holsters.  The seven-chambered weapons had extricated him from trouble on numerous occasions when opponents had reckoned on only 6 bullets per loading.  The thick leather of his coat hid other secrets too, additional weapons; including assorted throwing knives, grenades, poisons and a smaller automatic pistol; and steel plating over vital organs and arteries.  All of this now conspired with his aching, sleep-deprived limbs, to make the walk from the back of the train to the front of the monster all the more laboured.  Nevertheless Fitch did not regret the slow progress; it gave him time to go meticulously over the final details of his four-day long journey.  Fitch had been tasked, at barely an hours notice, to retrieve the case from a numbered locker at a far flung empire postal depot, secure it to his person, and then make his way by airship, steam-powered paddle steamer and stage coach to the furthest terminus of the TCCE.  He had then carefully selected the very last sleeper cabin in the train for its two-day cross-continental rush.  The final leg of this clandestine adventure was to cross the channel and deliver his cargo to another anonymous safe locker at the King’s Station, where, he was assured, his six figure pay-off awaited him in return.  There were only three methods by which this crossing could be effected from here, a slow and cheap steamer, a more expensive but a little quicker, airship service or, and the selection of this means hinted again at the importance of his mission, an extremely expensive, but very fast, personal ornithopter flight.  According to terse instructions, the crossing was booked and the pilot was waiting at a nearby Aerodrome, Fitch need make no other arrangements bar finding a hansom cab to transport him there.

Looking forward to the next installment!!