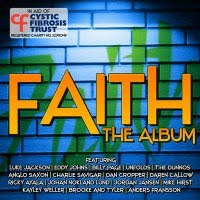 Several months ago a chap by the name of Lee Robson had an idea. He really wanted to raise money to help the sufferers of Cystic Fibrosis and approached a number of acts to provide songs for a compilation album. The artists came back with songs and the project grew to include a single release and an album launch concert to be held in Margate.

I decided to re-record one of my favourite songs - Lightkeeper - and drafted in Haydn Callow to play drums and Paul Tkachenko to play bass. You can read more about the progress by viewing these previous blog posts. Please note that this unique mix of Lightkeeper WILL ONLY BE AVAILABLE ON THIS ALBUM! So if you would like it in your record collection, this is the only way to get it.

As you can see there are a fantastic number of artists from several countries who have put time and effort into album, as well as Lee and all his team. Now we need YOUR help! A limited edition CD of the album is available for pre-order now. Please do go to the website (link below) and order a copy (or more, it would make a very nice Christmas present for that relation that you never know what to get). Even if you don't really like all the acts, we would urge to you buy anyway. It will also be available for purchase by download after the launch concert... which is the other way you can help.

Please do buy a ticket and come along to the launch. It's being held at the Lido in Margate on the 24th October. I'm very proud to be opening the show (at 7.40pm) which is hosted by Daniel Evans (X-Factor 2008), Daniel will also be performing along with Luke Jackson, Charlie Savigar, Dan Cropper and Kayley Weller.

Special Guests include Journey South (X-Factor 2005) and Ben Mills (X-Factor 2006), also coming direct from the USA just for this gig is Billy Page plus from Norway will be Johan Nokland Lund, with support from Shaughnessy and Michael Hinch.

I have to say that is quite some line-up and excellent value for just £6.50!!! This is one night of live music not to be missed. So I bet you are just itching to get the website address and find out more... well here it is:

Please do mention this album and launch concert on your blogs and websites, Twitter, Facebook wherever. Let's get a full house and sell many copies, it's a really good cause and I want us to raise as much money as possible. GO TO IT!!
Posted by Daren at 7:30 PM No comments: 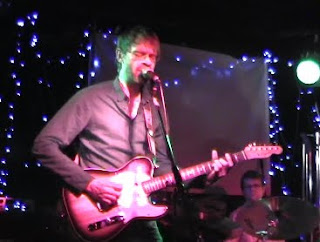 It's always been a dream of mine to put a three piece band together to play the songs I've been working on for the last two years. Originally I planned to start recruiting players next year, but a chance to play a headline set at the Montague Arms brought the plans forward. So it was that two weeks of rehearsals and planning started. The first part of the planning involved working out which songs to play and then get some friends in to help play them. I'd had an idea to take the best of the acoustic arrangements that I'd been playing, and combine them with performance ideas and rock instruments.

Given that I only had a small amount of time to get a band together and limited rehearsals, I chose just five songs to play with the band and a further three to do on my own or in collaboration with other artists. My brother Haydn stepped up to play drums and percussion, Wayne Myers (of Fit & The Conniptions) agreed to play guitar and Edward Kaye took up the challenge of playing bass.

I started the set myself playing The End Of The World part I using the looper pedal and TC Helicon VoiceLive box. Then I was very fortunate that Martin White agreed to play accordion on an acoustic version of After All. Following that the band stepped up to play The Fool I Am followed by Obsession that included spoken word parts by Daniel Lehan and Frog Morris.

After the poetry it was time for the four last songs and so we played Lightkeeper, When The Snow Fell In Denver, All I Want Is You (featuring a reluctant Stuart on tambourine) and finished with a triumphant I Need Your Love. Not everything worked perfectly, for example we managed to play Denver better in the soundcheck, but we did enough to get a genuine call for an encore, we obliged with a reprise of The Fool I Am. There is still lots of room for improvement, but there was enough there to show that we had some big potential. The hope is to play with more players and finalise the line-up later this year or early next year. The next band gig will be on the 11th November at Power's Bar in Kilburn - so come on down and see the progress.

A big thank you to Haydn, Ed, Wayne, Martin, Daniel and Frog for their contributions. It's been a good start, but the future is going to be even better.
Posted by Daren at 7:09 PM No comments: