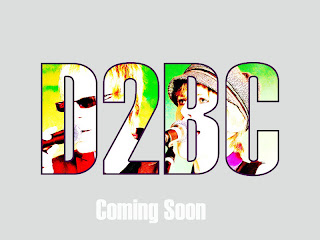 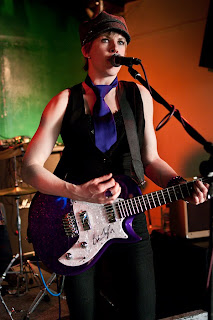 I first met Charlie Savigar way back in October 2007. It was a moderately memorable gig (mostly due to the fact that a band was playing in the room next door!) but I thought very little of it at the time. I do look back on it very fondly now as it was because of this gig that I thought to recommend Charlie to Lee Robson when he needed more artists for his Faith! album, and thus how we met up again (almost exactly 2 years later) in Margate for the album launch. As Charlie said in a text message afterwards: we won't leave it 2 years next time! How right she was.

A few weeks later, after we'd met up a few times and seen each other's bands, Charlie's guitarist quit her band with several big gigs coming up. In an effort to boost her sound I volunteered to sing backing vocals, and things just grew from there. Charlie then joined my band Callow Youth to sing on some couple of songs, and with my TC Helicon VoiceLive 2 box I started to add increasingly dense harmony vocals to her live set.

The real eureka moment for me came when we were strumming through my song When The Snow Fell In Denver on acoustic guitars. Charlie suggested slowing the song down and started singing a close harmony as we played it through. I'd always imagined the song with a male and female vocal on it (to kind of get both sides of the story if you like) but I had never imagined it would work so well. I must confess I felt very moved by what Charlie had added to the song - for the first time the song really worked for me. Unsurprisingly the idea of performing and writing songs together became very important to us both.

Recently we've performed a few times as a duo, with some great feedback (see the last post) and started to put together a new band, but more on that at a later date. We've also started to write new songs together, which is a really exciting thing for me. It's great to have found a collaborator who I feel so compatible with and I'm sure this will lead to some really magical things. We already have a few new ideas ready for you to hear, but you really will have to wait until the band is ready to go (am I teasing you enough?).

In the meantime there is a great chance to hear some of Charlie's story tomorrow night (and it is a fascinating story) - Tuesday 25th May - at 7pm, when Charlie will be Lee Robson's guest on Reach On Air. To listen in then click on the link coming up and then on Listen Live a little before 19:00 (British Summer Time - ie GMT + 1) and catch her show:

Also there is a great chance to hear our musical collaboration live on Thursday 27th May at Arch 635 in Clapham. We're onstage for half an hour from 20:30 and we can promise a super set with one co-written song and lots of new arrangements. We're also doing a longer, fully acoustic set during the day on the 5th June in Brockwell Park as part of a large art event - come and find us from 2pm. I've put a full list of Charlie's gigs below, all of which you will see me at in one role or another. Do come along. For those of you further afield, we're hoping to play a gig soon which will be live web streamed, so you can all listen in. Look out for more details in a week or so.

So what does the future hold for Charlie & me? Well we both have a few ideas, but I can promise you that whatever happens, it's going to be fun and exciting!

PS Picture of Charlie was taken at Camden Rock by Annelie Rosencrantz
Posted by Daren at 10:44 AM No comments:

Planning a big post on my partner in crime - Charlie on Monday. But for now here's some great feedback we had from a couple of our recent duo gigs, and a list of dates so you can catch us in the flesh very soon.

"Lovely set, fantastic end to a gorgeous day. Charlie was every bit as good as you said she was. Brilliant." Carl

"Great gig on Sun. I really loved the male/female front person thing. It gave an edge to the songs I thought. Seemed to bring them to life, like seeing both sides of the story. I loved it." Trish Boothby - The New Root