Here There And Everywhere 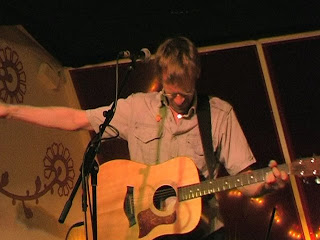 This weekend brings an exciting set of gigs, a mini-tour even. It all starts this Thursday 14th when I return to the Montague Arms in New Cross for a brand new Unwrong Quiz night. For those that don't know, the Unwrong Quiz is the invention of Frog Morris and Mark Quinn and involves rounds of questions which have no wrong or right answers! Instead prizes are given for creativity and humour (the more surreal the better) - which invariably means that everyone gets a prize. It's a funny and stimulating night, and what's more you get to see me play too! I will be doing at least two regular sets and then one set of sing-a-long favourites (Angry Badger etc...) to round off the whole evening. It's all good clean fun (mostly), and should be doubly so this time as fellow Blogger - Trixie - will be there with her sisters to celebrate her birthday (perhaps some other Bloggers too). Do come along and be part of it all! The Montague Arms is at 289 Queens Road, New Cross SE15 2PA - it's £3 on the door (£2 Concessions) and entertainment starts about 8.30pm.

After I've recovered from all the mayhem, I'll be catching a train out to the wilds of Blo Norton, near Diss (not dat, diss!) for the remains of Frogstock. Which is not much after the local council got a bit fed up last time, so it's been re-christened Acoustock this year, and apparently I have to play songs in the key of D, although I forget why.

After training it back from Diss, I'll be tubing it down to London Bridge to play 15 Minutes @ Prohibition on Sunday 17th, which is certainly somewhat different from a field in Norfolk. This is a showcase night for the best in acoustic music from the capitol. I will be getting my fifteen minutes, so why not come down and take a listen. I'm taking my VoiceLive box down this time and I promise to make it an unforgettable 900 seconds. Think you've seen singer-songwriters before?! Well if you've never seen a performer play guitar and sing whilst triggering 4 part harmonies from a computer, layering loops from a phrase sampler AND playing tambourine with his foot, then you have not seen this one! Prohibtion is in St. Katherine's docks near Tower Bridge. Be there from 8pm - entry is free, and the food is good too.

As if that were not all enough, I will be capping this mini-tour off by recording it for posterity. Tuesday 19th will see me playing at Monkey Chews in Chalk Farm, where the set will be recorded and videoed, so those that can't make it will have the chance to see me on YouTube and listen on the internet. To be a part of the recording, please be at the venue by 8pm prompt! As an incentive to attend, everyone who comes will get a copy of the set on CD - bargain!

Btw, at all these gigs I will be giving out my CD samplers and taking emails for my mailing list. If you cannot make it, but would like a CD please email me (music @ darencallow . co . uk - remove the spaces!).

Small things mean so much when you are a musician and songwriter. This morning someone on Last FM clicked a small icon to say that they "loved" one of my tracks. Thank you Samantha829x - you made my day! Btw, the track in question was After All - which in some ways leads me nicely on to... 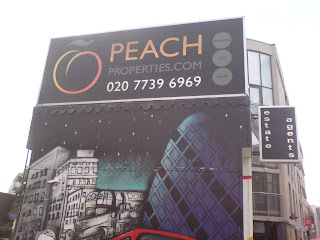 My very bestest friend (f) and the reason why I am blogging here at all, is putting down her metaphorical pen for a while. She's soon to become a mother for the very first time and, as I'm sure many of you know, becoming a parent is not easy at the best of times but has been particularly fraught for Peachy, and it's understandable that she might need a break from being the UK's 50th most influential blogger (and as if this sentence wasn't long enough already, she has also had to change job and is currently buying a new place to live - world's three most stressful things anyone?!). She has hinted that she may return with a Baby Blog, but for now farewell. I love you sweetie, thanks for introducing me to this weird and wonderful world of Weblogs - come back soooooooon! Oh, and buy her book!!!!!!

Head here to send her some love of your own: http://peacharse.blogspot.com

That's all (for now) folks!

STOP PRESS - As if that were not all enough, I have just found out this morning that on Monday I'll be performing at an ad-hoc Open Mic night for the benefit of Channel 5 cameras!! They are filming a new show called Best Friends Rehab and on the show a girl plays at an open mic night... well you get the drift. Should be on TV next year... HOW EXCITING IS THAT!!!!!!
Posted by Daren at 9:22 AM

hey that's v exciting honey!! Are you going to make sure you get paid per minutes played on air ?
X

Hey hon, still hoping to make it, but one of my sisters came off the plane heaving her guts up with some bug she's picked up from hong kong! Oh, I need to know if this place you can park near? It's best if I drive into london if we do come, is it in the part where you have to pay to drive into London? Email me at trixie.belle@virgin.net